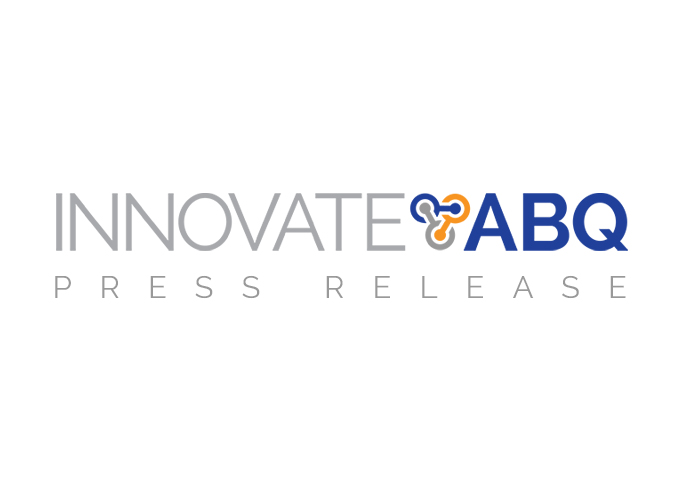 In July the University of New Mexico (UNM) accepted the transfer of Innovate ABQ, a nonprofit 501(c)3 that UNM set up in 2015 to independently manage the development of the seven-acre site including the Lobo Rainforest Building, CNM FUSE Makerspace and next the development of the First Baptist Church. UNM’s real estate entity Lobo Development Corp. and UNM Rainforest Innovations (formerly STC.UNM), the university’s technology transfer and economic development office, will jointly oversee the Innovate ABQ project going forward, pending final approval by the New Mexico Higher Education Department and the State Board of Finance.

Innovate ABQ was an initiative from UNM to take a more prominent role in local and state economic development and in educating the next generation of entrepreneurs and skilled workers. They have already achieved tremendous success in developing the Lobo Rainforest Building and the CNM FUSE Makerspace. Over the past eight years, the partners of Innovate ABQ including UNM, the City of Albuquerque, Bernalillo County, Nusenda Credit Union and other members of the business and entrepreneurial community, Central New Mexico Community College (CNM), our national labs, and local, state and congressional representatives have coordinated their efforts to make this vision a reality.

The strategic decision for UNM to take over the Innovate ABQ project was determined by the partners of Innovate ABQ and the transfer has been approved by the Innovate ABQ Board of Directors. This deliberate move will help coordinate the efforts of the project to support the next stages of development while continuing to fulfill the original initiative which is to create an innovation district in downtown Albuquerque.

See also Kevin Robinson-Avila’s article, “UNM retakes the reins at Innovate ABQ,” republished below and on the Albuquerque Journal Website at https://www.abqjournal.com/1485706/unm-retakes-the-reigns-at-innovate-abq-2.html

ALBUQUERQUE, N.M. — Efforts to develop the old First Baptist Church property at the corner of Central and Broadway Downtown into a bustling hub for entrepreneurial innovation have stalled in recent years, prompting the University of New Mexico to reclaim ownership and management over the seven-acre property to reinvigorate development activities there.

The UNM Board of Regents voted in July to take back control from Innovate ABQ, a nonprofit 501(c)3 that UNM set up in 2015 to independently manage the property. University real estate entity Lobo Development Corp. and UNM Rainforest Innovations, the university’s technology transfer and economic development office, will now jointly oversee the Innovate ABQ project going forward, pending final approval this fall by the New Mexico Higher Education Department and the State Board of Finance.

“Development just stopped after that and the remainder of the property has languished,” Costantinidis told the Journal. “One reason is the (nonprofit) entity is running out of money. We heard concerns from the city, the county and the business community that the property is not being used.”

“Innovate ABQ had to support itself, whereas UNM has independent resources,” Kuuttila said. “Lobo Development has many projects it manages, so this just becomes another one that it will manage without having to add additional personnel. It’s a much more efficient development model.”

The city, the county and business entities like Nusenda Credit Union – which have contributed funds to Innovate ABQ and provide leadership through the nonprofit’s 13-member board of directors – support UNM retaking control. The nonprofit voted in June to back UNM, given the difficulties in pursuing development, said board chair Carlos Perea.

Legal and structural issues sidetracked development activities, including Innovate ABQ’s lawsuit against the Bernalillo County Assessor’s Office, which said the nonprofit didn’t qualify for tax exemptions that apply when state property is used for educational or charitable purposes. That’s because Innovate ABQ operates as a separate legal entity from UNM, and site tenants include for-profit organizations, according to the county assessor.

The nonprofit dropped its suit last fall after two years pursuing it, leaving Innovate ABQ with $120,000-plus annual tax bills on top of its challenge in raising development funds.

It’s unclear if Innovate ABQ will qualify for tax exemption even under UNM control, but UNM taking control is a good option, Perea said.

“We don’t have the economic engine we need to develop the site,” Perea said. “… This seemed like the best course for moving forward.”

UNM will continue developing Innovate ABQ as a multi-institutional project, with community partners likely to participate on a new advisory board.

“We’ve had positive reactions from most everybody,” Costantinidis said. “People want to see the property achieve its original vision.” 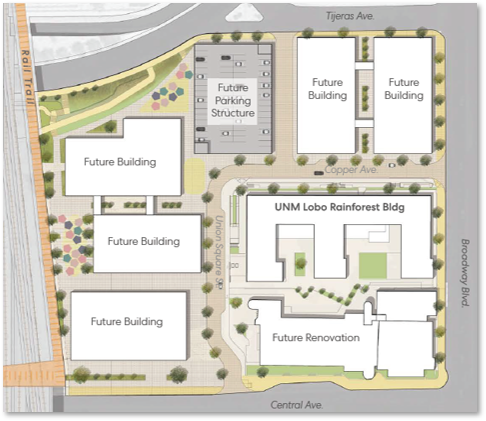